The 1887 specimen book by Palmer & Rey (San Francisco) displays two pages of letters composed from star-shaped units. As the footer states, there is «but ONE CHARACTER to the font», i.e. the purchasable bundle (the font) contains multiples of only one single shape, either black or white stars.

Without the imagination of the typesetter — who, in this case, advances into the position of the letter designer — these fonts remain a «meaningless» 3 pounds of 5-pointed stars. The rather charming sales argument by the foundry for this font of ingenious simplicity points out the infinite potential lurking within, «all pleasing and attractive» !

The fact, that these lettering pieces made by typographic means were of temporary existence makes for an ephemeral exception in the otherwise persisting field of metal typography. 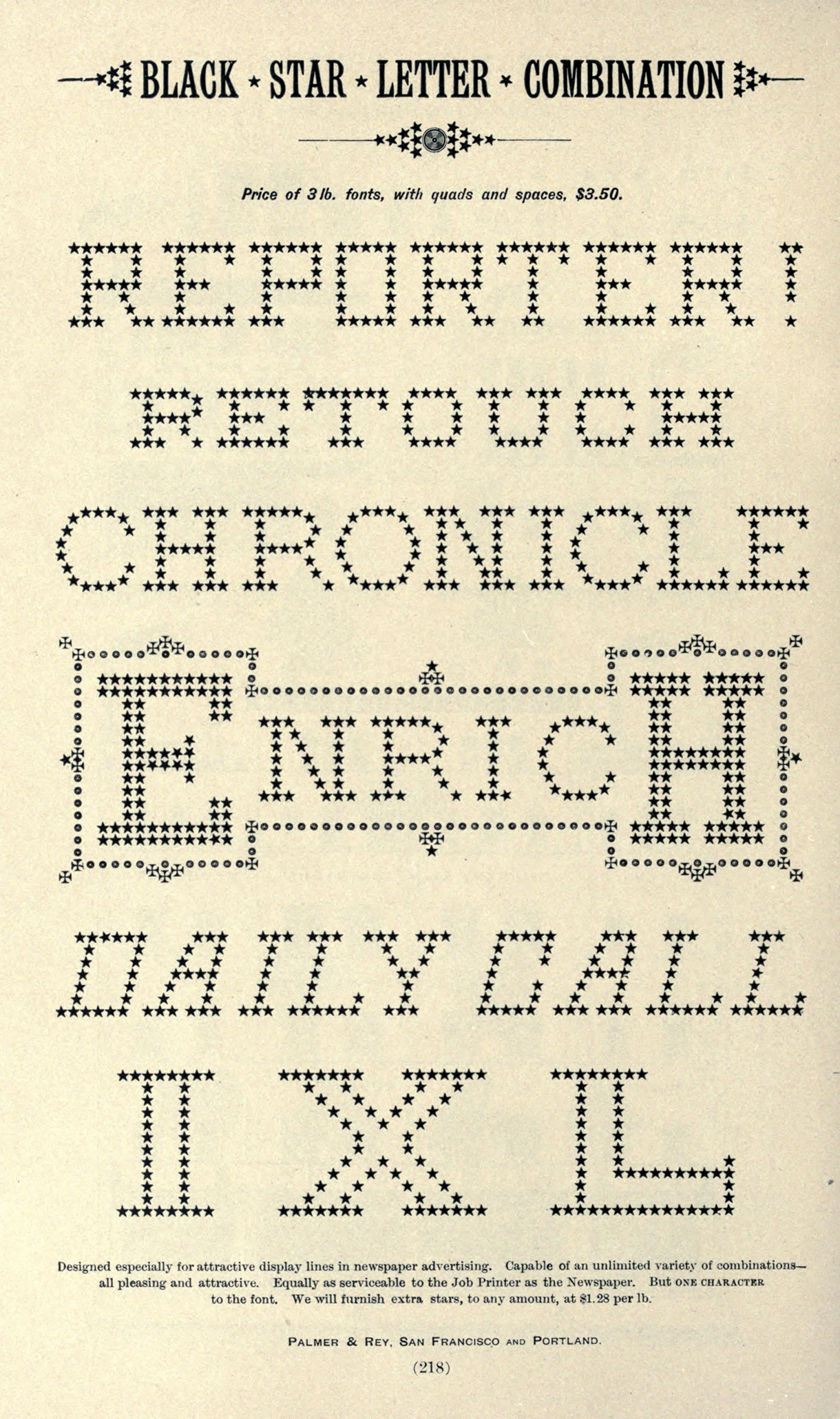 «Designed especially for attractive display lines in newspaper advertising. Capable of an unlimited variety of combinations—all pleasing and attractive. Equally as serviceable to the Job Printer as the Newspaper. But ONE CHARACTER to the font. We will furnish extra stars, to any amount, at $ 1.28 per lb.» 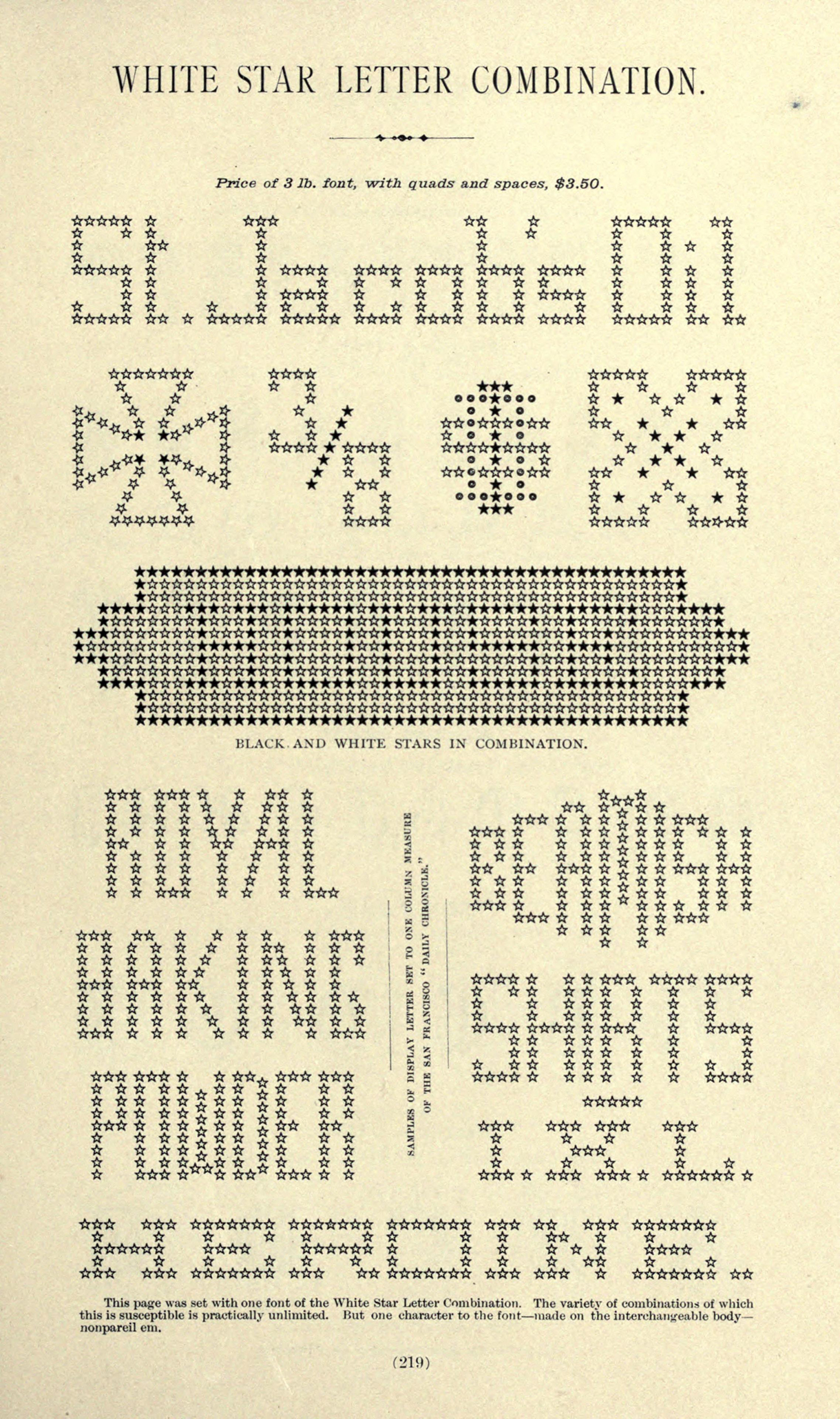 «This page was set with one font of the White Star Letter Combination. The variety of combinations of which this is susceptible is pratically unlimited. But one character to the font—made on the interchangeable body—nonpareil em.»

Both the Black and White Star Letter Combination are reimagined digitally using Illustrator symbols — leaving it once again up to the typesetter’s imagination.