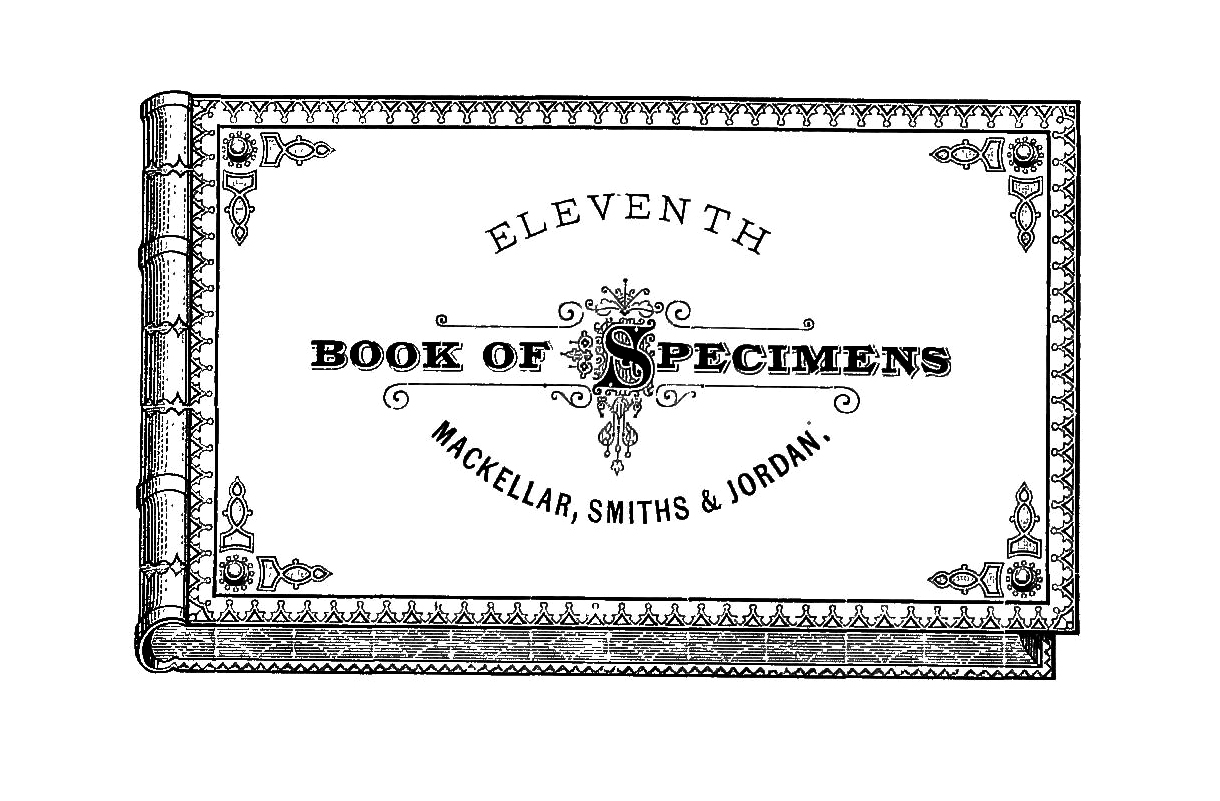 The patent document reads:  «[…] a design for a font of printing-types to be used for borders and ornamental surroundings, intended more particularly to represent bound volumes, both opened and closed.»

The original patent file describing the individual modules in all detail can be found here. 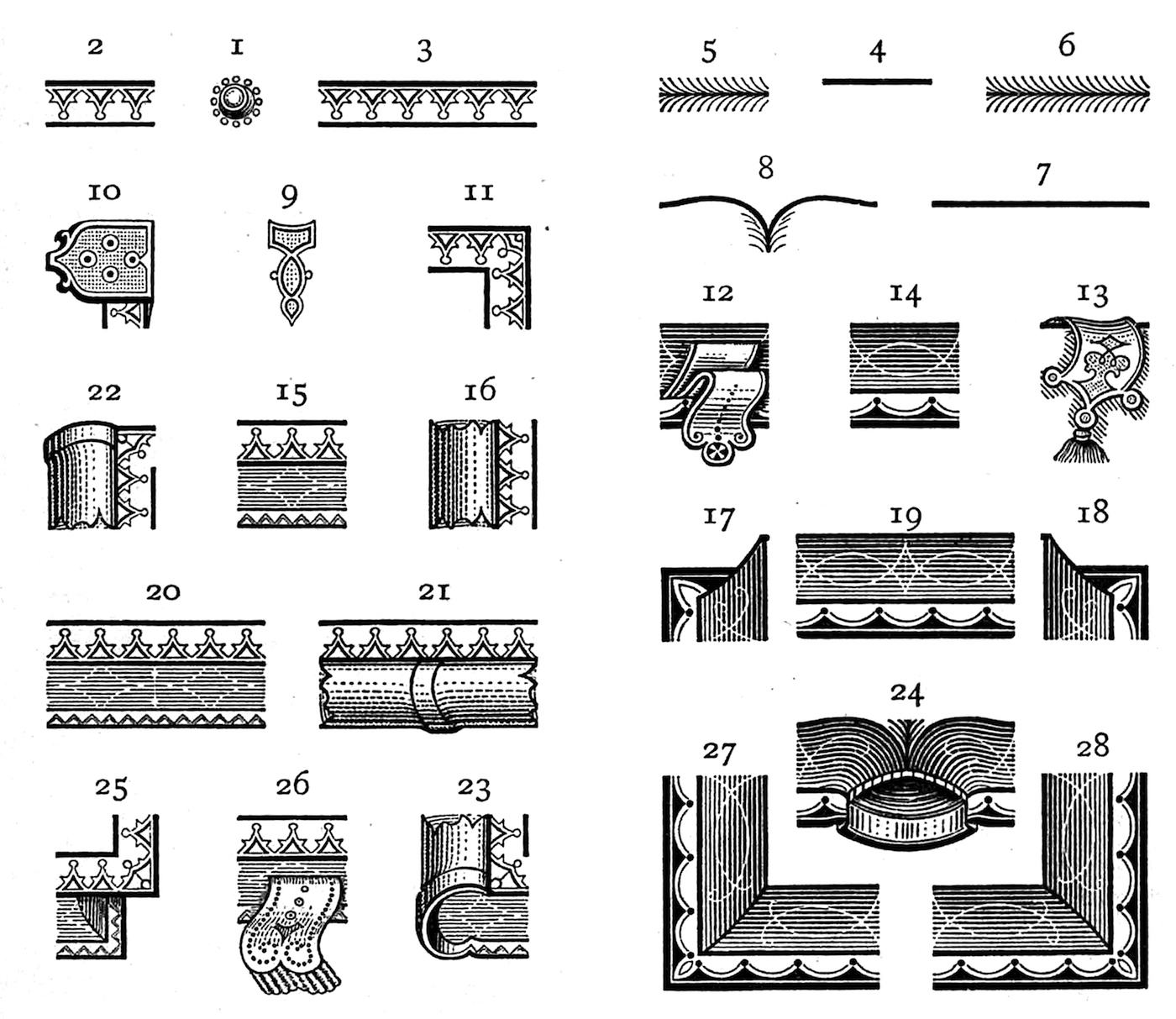 The 1889 «Convenient Book of Specimens» by the Franklin Type Foundry of Cincinnati offers also — amongst other border designs originally by MacKellar, Smiths and Jordan — the ingenious «Combination Book Border. Series 87».

After 138 years on the shelf, it is carefully recombined  for the «non-alphabets» project — for the sheer sake of skeuomorphic absurdism.